Interestingly, employers ask me all the time about docking that weekly salary of an exempt employee. For some reason, if a salaried worker misses a half-day for a child’s school field trip or a distant relative’s funeral, suddenly employers want to dock the employee’s salary, possibly because the reason for missing work seems trivial. But that’s legally not how salaries work within the context of the federal Fair Labor Standards Act (“FLSA”).

So if your marketing director is paid $1000 per week, she has to be paid $1000 even for the weeks when she goes home on two separate workdays after lunch because she is sick or when she recklessly spends $20,000 of the company’s funds on an unsuccessful marketing campaign. You cannot deduct from her pay just because she did not work the quantity of hours you expected or perform her job with the quality that you expected.

But the FLSA is extremely strict when it comes to the employer deducting from an exempt employee’s salary for missed days or poor work.

Here are the absences and acts for which a Texas employer cannot dock a salaried, exempt employee:

END_OF_DOCUMENT_TOKEN_TO_BE_REPLACED

Update: This post from March 2019 has been updated as of September 24, 2019, because on that day the DOL issued the final salary minimum rule, which changed a couple of important items from what was proposed six months ago.

A new federal overtime rule that has been finalized by the U.S. Department of Labor will become effective on January 1, 2020, and employers need to start preparing now to get into compliance.

The final rule requires employers to pay a higher minimum salary to those employees who meet certain white-collar exemptions to the overtime rules of the Fair Labor Standards Act (“FLSA”). Right now, an employer can pay a salaried exempt employee as little as $455 per week ($23,606 annually) and still claim the exemption (and not pay that person overtime) as long as the employee is performing exempt duties, such as executive work or professional work.

On January 1, 2020, the final minimum salary threshold for exempt employees is going to increase to $684 per week ($35,568) annually)(the proposed rule was $5 per week less, so we thought that the annual number was going to be $35,308). That means that if you have any employee whom you are paying on salary in an amount less than $35,568 per year, you as an employer need to spend the rest of 2019 deciding if you will provide that employee with a raise or reclassify that employee as non-exempt and move him to an hourly rate and pay him overtime when he clocks more than 40 hours in any one workweek.

In addition to meeting this increased salary level to $35,568 per year, anyone you are paying on a salary must also actually perform the duties of an exempt employee (the white-collar exemptions: executive, a professional or an administrator). These duties tests are much more difficult to meet than most people think, so don’t just assume that all of your salaried employees are actually exempt. For example, not every “manager” is an “executive exempt employee”, who under the FLSA must have the power to hire and fire and must supervise at least 2 full-time employees, as well as being in charge of a recognizable store, division or branch of your business.

During the rest of 2019, you have time to audit your pay practices to know who you are paying on salary, review their actual job duties to assure that they actually qualify for one of the exemptions, and then confirm that those salaried employees are making at least $684 per week. As you are going through this process, remember that the Equal Pay Act also applies to your salary decisions and you must not violate it when trying to comply with the DOL’s new salary minimum.

And yes, the DOL does measure the salary basis in weekly increments, so the employee must make at least $684 every week, not just averaged out over the year. The final rule does provide employers the ability to make up 10% of the salary basis test with non-discretionary bonuses and commissions. So, if you pay an executive, administrator or professional employee no less than $32,011.20 in yearly salary (divided by 52 weeks) and then the employee earns another $3,556.80 annually in non-discretionary bonuses and commissions (paid on at least a quarterly basis), you will not be in violation of the final rule.

If this proposal gives you a sense of déjà vu, that’s because we went through this process in 2016 when the DOL proposed an increase of the minimum salary for exempt employees of $913 per week ($47,476 annually). That rule was enjoined by a federal judge in East Texas just before it was to take effect and then died in the courts and under the new administration. No such messy reprieve is expected this time with this lower salary threshold, so businesses need to start talking now about properly paying their salaried employees in 2020.

Employer should also be aware that the “highly compensated employee” exemption under the final rule for 2020 has slightly increased. That exemption currently says that any employee making a salary of at least $100,000.00 per year is exempt as long as the employee is performing non-manual work and that employee performs at least one other exempt duty customarily and regularly. The final rule raises that salary threshold for highly-compensated employees to $107,432 per year (the proposed rule was to raise the highly-compensated employee salary minimum to $147,432, which was universally criticized and so reduced by $40,000).

Vicki Wilmarth was quoted extensively about the new Department of Labor overtime rule in today’s lead story in the Amarillo Globe-News.

Vicki Wilmarth, an employment law lawyer in Amarillo, said that employers now have two options: Pay the employee the minimum salary of $47,476 or start paying that employee by the hour.

Click here to read the rest of the Globe-News story.

Do you pay any employee on a salary basis instead of paying them hourly and overtime? Of course you do, so you need to be very aware of the new final overtime rule issued by the U.S. Department of Labor on May 17, 2016.

You must pay your salaried employees at least $913 per week ($47,476 per year) beginning December 1, 2016, or you will be in violation of the Fair Labor Standards Act (which you do not want to violate). 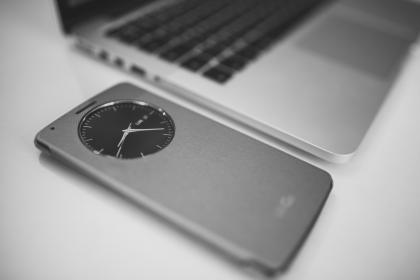 In the past, salaried employees had to be paid $455 per week ($23,660 per year) to qualify as an employee exempt from the FLSA’s requirement of paying overtime for every hour over 40 worked in any one workweek. That salary basis has doubled under the new regulations.

In addition to meeting this increased salary level, the salaried employee must perform the duties of an exempt employee (the white collar exemptions: executive, a professional or an administrator). These duties tests are much more difficult to meet than most people think, so don’t just assume that your salaried employees are actually exempt. For example, not every “manager” is an “executive exempt employee”, who under the FLSA must have the power to hire and fire and must supervise at least 2 full-time employees, as well as being in charge of a recognizable store, division or branch of your business.

This increase in the threshold salary required to consider an employee exempt could change the classification of many Panhandle-area retail managers and assistant managers, human resources directors, marketing professionals, bookkeeping employees, project managers, foremen, performers, and other employees who have not been earning overtime in the past.

Now those exempt employees will either get a raise to get them over the $913 per week threshold or they will have to be changed to nonexempt, hourly employees who earn overtime. Either way, it could mean an overall increase for the employee and higher payroll costs for the employer.   END_OF_DOCUMENT_TOKEN_TO_BE_REPLACED

Claiming that your employees are exempt from overtime is about to become much more difficult with release of new regulations this week by the U.S. Department of Labor (“DOL”) under the Fair Labor Standards Act (“FLSA”).

On June 29, 2015, President Obama announced that the DOL is issuing proposed rules that will probably go into effect in early 2016. Those proposed rules redefine which employees have to earn overtime on their hourly pay instead of being paid as an exempt salaried employee.

The result could be skyrocketing overtime costs and more frequent wage and hour suits against companies that fail to make this transition carefully.

The advantage for an employer of an FLSA exemption has always been that the employer doesn’t have to track that employee’s hours and doesn’t have to pay overtime wages of 1.5 times the hourly rate for anything over 40 hours worked in one workweek. That advantage will no longer be available to you as an employer in 2016 for those employees you pay less than $970 per week, which adds up to $50,440 per year. END_OF_DOCUMENT_TOKEN_TO_BE_REPLACED